Raising the Age for Medicare 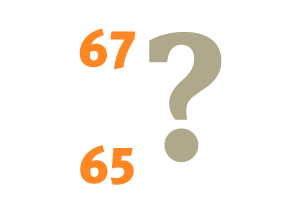 Medicare is the U.S. federal government social service program that supports retired seniors, and has been around since the 1960s. The program is funded by the government. However, the health care services are privately provided, making the government merely an insurance provider. The increase of life expectancy and the number of seniors increasing in the last few years has raised many concerns about the costs of Medicare. This prompted a debate on whether or not to raise the age for Medicare beneficiaries from 65 years to 67 years.

The main argument for increasing the age to 67 years is that no reform has been introduced since the program was started in 1965, while the life expectancy has increased significantly since then.

If left unchanged, this will increase, with no doubt, the total cost associated with Medicare and some estimate the increase to be $148 billion within a decade. This is a large amount of money that many feel could be used to pay debts and fund other programs that were cut due to insufficient budgets.

On the other hand, making such changes will increase the health insurance costs for the American people, especially the younger working population. Shifting the age from 65 to 67 removes younger and healthier people from Medicare to private insurances. They will have to pay higher premiums and incur higher costs than what the government would be saving. Most Americans are not for change that will increase taxes or take money from other government funded programs.

Medicare is a far more efficient program than most private insurances. Not to mention that very few insurance companies offer private insurance to people between 65 and 67 years, this leaves a large number of people with no access to healthcare. Consequently, many people will ignore some low cost preventive measures and come back requiring additional more costly healthcare costing everyone more money.

Furthermore, the increase in life expectancy has not increased equally among people in all income brackets. This means that people earning less will be affected mostly by those cuts. Raising the eligibility age for Medicare would prompt many people to retire two years later, as a way of keeping an income and health insurance. This essentially means that there will be less jobs to go around for the youth and middle aged people who are struggling more as the country continues to face job shortage. In February 2013, President Obama has ruled out that option for the moment. however, the proposal remains prevalent and has many supporters across the country.